I have been listening to the audiobook of Ari Berman’s Give Us the Ballot: The Struggle for Voting Rights in America, which so far has been interesting. I am aware of the deep injustices against African Americans that existed. But despite being exposed to the history–-and perhaps because I have been around people much of my life who, for ideological reasons, wanted to minimize the level of racial discrimination–-I was not aware of how blatant the voting discrimination was and how protracted the struggle against it has been. So Berman’s book has been a revelation for me.

In the book, Berman mentions a letter that I found appalling. And I thought it would be a good reminder for us today. 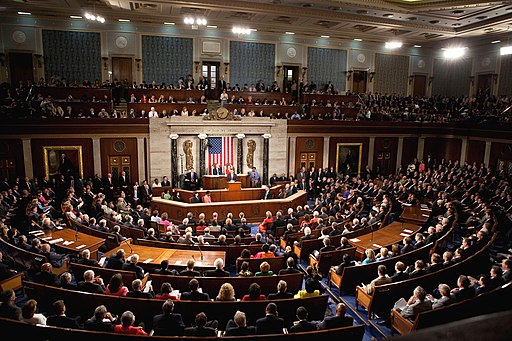 Politics has always been divisive. And that means that the partisan spirit leads one to be overly generous to the politicians we support and malicious towards those we oppose.

One way this partisan spirit manifests itself is in how we interpret the motives behind legislation. We are tempted to assume that the politicians we support are being straightforward with their legislative intent. We refuse to think that they would pass a law to achieve some secret motive. During the Bush Administration, the Republicans passed a bill outlawing online gambling. Many Republicans believed the Republican politicians’ claims that it was done to fight against gambling addiction. But this seemed to me at the time misleading, even though I was Republican. It was revealed that the law was pushed by the lobbyists for the casinos as protecting their financial interests. And the law had loopholes allowing online betting on horse races. I guess the Republicans were okay with gambling addicts gambling at home on horse races…just not on poker games.

Not only do we refuse to believe that “our side” would have secret motives behind legislation, we are certain that all the legislation behind the politicians we oppose have secret motives. The healthcare reforms are meant to secretly push us towards socialism. These laws aren’t about religious values but oppressing women. Etc.

But we should be convinced that both sides have secret motives. We should assume that some, maybe many, of the laws that both sides pass have some ulterior motive behind it. And one reason I made a note to look into the letter that Berman mentioned is because it is one of the clearest admissions of ulterior motives behind legislation.

Frederick Bromberg was an attorney and politician from Mobile, Alabama. He served in the Alabama legislature, was elected to the U.S. Congress, and also served as the President of the Alabama Bar Association. In 1909, he wrote an open letter to legislators in Alabama that was published in the Mobile Register (today he would have simply published it to Facebook). Blomberg was “expressing support for a pending bill to amend the Alabama Constitution explicitly to outlaw black office-holding.” This letter is an open admission of the ulterior motives of legislators. The letter was important to a 1980s court decision to change the way voting was done in Mobile since it admitted that some of the city’s voting laws were adopted with the intent to disenfranchise black voters. In fact, I’m going to quote the sections that are quoted in the legal opinion from that case. You can find the entire opinion here. (I’ve emphasized parts of this.)

Respectfully now recall to your mind that portion of my address as present [sic] of the state bar association, a copy of which I sent to you, which refers to the expediency of amending the state constitution so as to exclude negroes from holding elective offices in this state.

You know that it was the effort to obliterate the negro vote in the past which led to all of the methods of fraud perpetrated at the ballot boxes by sworn election officers in order to defeat the negro vote, which demoralized the growing generation of young men, and to cure which was the avowed purpose of the sections in the present state constitution regulating the franchise.

The present measures are so framed that if honestly carried out they will not and cannot disfranchise the negro. If not honestly carried out sooner or later, probably sooner, a case will be made up having back of it competent counsel, which will go to the supreme court of the United States, and which will overturn the present methods of applying the registration laws.

The only safety of our people lies in availing themselves of their rights under the constitution of the United States to disqualify the negro from holding any elective office.

The counties of Dallas, Wilcox, Monroe, Marengo, Perry, Greene, Hale and others, composing the Black Belt of the state, will become increasingly black with increasing years, and the negro with intelligence, and property will demand and insist on his legal rights through the courts. Not only that, but ambitious men amongst them will avail themselves of their superior numbers in said counties to offer themselves as candidates for offices of power and profit. As surely as the war between the free and slave-holding states followed from the existence of slavery, just so surely will race war in this state follow the present condition of our laws; unless the remedial measure suggested above be adopted: the oldest of us will yet live to see my prophecy fulfilled.

This is fully recognized by all statesmen.

This should help cure us of our partisan blindness. I know it is a weak inference from one legislator from 150 years ago admitting to ulterior motives to the conclusion that all legislators have ulterior motives in what they do. And I really don’t want to make such an inference. I just think such a stark admission of a secret agenda behind legislation reminds us that it is possible. Elected officials on both sides of the aisle do this. Here is legislator, at the time influential and well-known, who admits to misleading people about the main purpose of the law. He publicly mislead his own supporters. I’m sure many of his supporters would have defended him.

But they were wrong.

And notice that he isn’t simply admitting that he mislead people. He is implicating his other legislators. A group of legislators mislead the public about the purpose of a law they passed.

We must admit that there is more to the actions of politicians than meets the eye – especially the politicians we wholeheartedly support!

The Christian faith is not a mindless faith. Thinking and Believing contains writings on Christian living, theology, culture, and philosophy. All is aimed at helping Christians deepen their faith.

Get Our Posts through Email