A few evenings ago, as I laid in bed between my two-year-old son and my four-year-old son, I began to think about the problem of evil. No, that’s not because the bedtime routine (or lack thereof) was frustrating.

Instead, I began to think about the problem of evil because my two-year-old was feverish. He’d been coughing and congested for about a day. And while I was in bed with my two sons, waiting for them to fall asleep, I was reading Stephen Ambrose’s Undaunted Courage: Meriwether Lewis, Thomas Jefferson, and the Opening of the American West. In the early pages of the book, Ambrose discusses the death of Meriwether Lewis’s father when he was still a young boy. 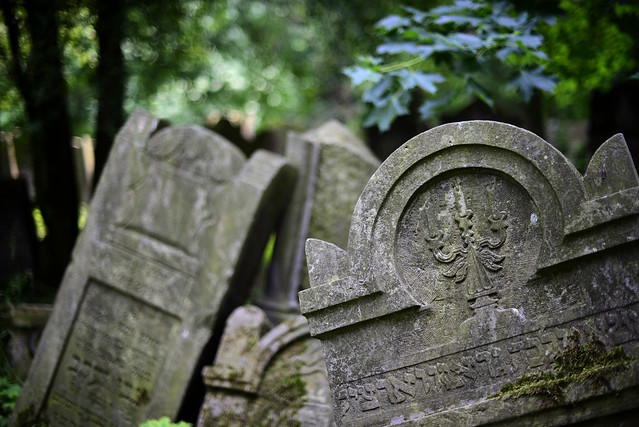 Ambrose apparently wanted the reader to understand that a middle-aged man dying suddenly from illness wasn’t uncommon two hundred years ago. In fact, it was fairly common. Lewis’s dad and stepdad died while middle-aged. His mother was widowed twice. Ambrose describes it this way:

“People in the late eighteenth century were helpless in matters of health. They lived in constant dread of sudden death from disease, plague, epidemic, pneumonia, or accident. Their letters always begin and usually end with assurances of the good health of the letter writer and a query about the health of the recipient. Painful as the death of an honored and admired father was to a son, it was a commonplace experience.” Ambrose, Stephen E., Undaunted Courage: Meriwether Lewis, Thomas Jefferson and the Opening of the American West (Kindle Locations 248-251).

I cannot imagine living at a time like that. I cannot fathom how frightening parenthood must have been for people before modern medicine. If I were transported back in time 250 years, then I would have been lying next to my two-year-old son terrified that he would not make it through the night. I would be incessantly checking his fever, looking for a sign that the fever was breaking. I would fear that he wasn’t strong enough to fight the illness or that he might develop pneumonia.

I don’t think I would have been able to handle the suffering that parents went through then, especially since nearly every family lost a child to illness or injury.

But here’s the interesting aspect of all of that. Even though it is true that the problem of evil has been one of the biggest intellectual problems for Christianity, people seemed to rely more on God in times when suffering and death were more constant companions.

That is a general statement, I know. And maybe there were plenty of people who lost their faith because of the pain and suffering they endured. Or maybe most people just became angry with God rather than deny His existence.

But I find it interesting that so many people who suffered, so many people who intimately knew the pain and imminence of death, did not see God as disproved by their pain and suffering. Countless parents lost children and did not conclude that God was evil.

In face, not only did they not reject God, He became their stability and rock during their times of sufferings. Though I’m sure they did not understand why God would allow evil (who does?), they found God as their comfort.

When death was so common, families didn’t conclude that God was evil, they rather leaned on His faithfulness. He will make all things right.

I don’t know. Maybe this does not prove anything interesting. But many people will be forced to make sense of suffering. They will be faced with an eventual decision to get angry with God or to lean on Pod for help in a time devoid of understanding.

This site uses Akismet to reduce spam. Learn how your comment data is processed.

Thinking and Believing contains writings on Christian living, theology, culture, and philosophy. All is aimed thinking more carefully about these important matters, matters that cause so much confusion and splintering among us.

Get Our Posts through Email